The tournament is run on a ‘not for profit’ basis with any surplus funds and the proceeds of our Gala Dinner raffle going to our nominated cause. In previous years we have supported The Alzheimer’s Organisation, Autism Services, Wheelchair Basketball, Suicide Prevention, Breast Cancer Research, Galway Hospice Foundation and Voices for Down Syndrome Galway, Aoife’s Clown Doctors, Joanna Lamb It’s Good to Give (Childrens cancer services). For 2019 our nominated charity was once again Aoife’s Clown Doctors. The 2020 & 2021 tournaments were canceled due to Covid-19. 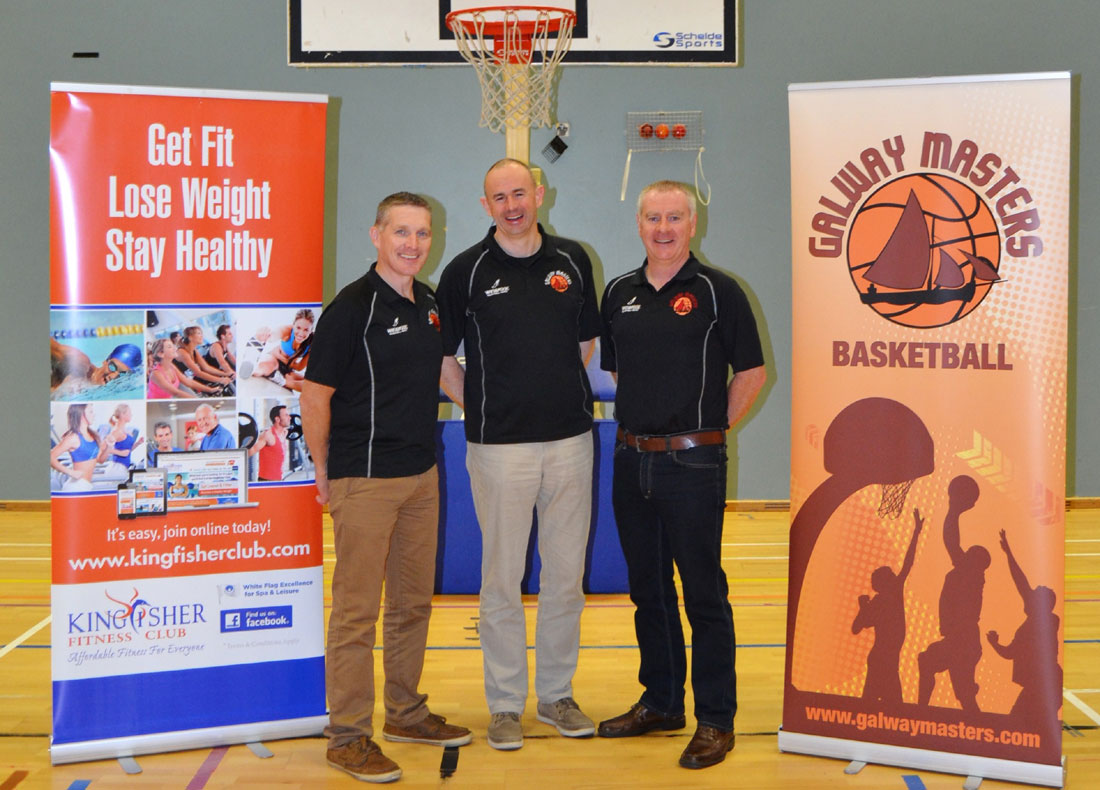 We also present a lifetime contribution award each year. This award recognises an individual’s contribution to Galway basketball. Previous recipients were Serge Bruzzi in 2011, Joe Naughton in 2012 , Maura Harte in 2013 and Gerry Nihill in 2014. To celebrate our 5th anniversary in 2015, we presented the first ever Galway Masters Hall of Fame Award to Deora Marsh. The hall of fame award will be presented every five years. The recipient of the 2016 lifetime contribution award was Joe Coughlan, 2017 was Joe Shields and 2018 Tony Burke. Our 2019 recipient was Roberto Saoner.

Our tournament is only possible with the generous support and contribution of our sponsors, volunteers, referees and officials. Thank you!